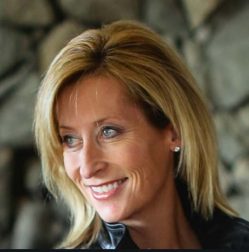 Traci is a visionary leader with more than two decades at the helm of four successful commercial interiors businesses. Today, as CEO and founder of elements, she is at the forefront of driving change in the way commercial environments are designed and built in the Rocky Mountain region, helping organizations use human-centered design to customize environments that positively impact peoples’ lives. Under her leadership, elements has become one of the state’s largest integrated interiors partners and one of the largest woman-owned businesses in Colorado. Traci has been named one of the Denver Business Journal’s Outstanding Women in Business as well as EY’s Entrepreneur of the Year for the Mountain States Region. She has been recognized as an Enterprising Woman of the Year by Enterprising Women magazine and was named the Downtown Denver Partnership’s Volunteer of the Year in 2017.

Outside of elements, Traci is a champion for women entrepreneurs. She personally helped launch and co-leads the Women on the Rise program through the Commons on Champa, which supports the continued economic vitality of the city, while providing mentorship, counsel and support to the next generation of female entrepreneurs. She is on the board of the Downtown Denver Partnership and continues to spearhead efforts aimed at supporting women entrepreneurs in Denver with organizations such as the Denver Business Journal, Modern in Denver magazine, Colorado Real Estate Women Denver and the International Interior Design Association, where she has served as a board member.