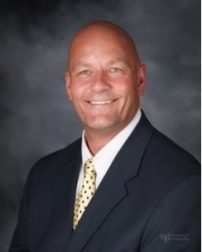 Prior to joining the YMCA of the Pikes Peak Region, Williams served in the U.S. Army from 1986–1989.

Williams began his YMCA career in 1994 working with six different YMCA associations across the country. Williams first served as Youth and Family Director for the Neenah-Menasha YMCA in Wisconsin. He later joined the YMCA of Metropolitan Milwaukee in 1999 as Associate Branch Executive Director and later moved to the Stevens Point YMCA as CEO in 2002.

In 2004, Boyd served as Executive Director of the Edward Jones YMCA in St. Louis and in 2007 he was appointed Group Vice President for the YMCA of Metropolitan Milwaukee.

His passion for health and wellness extends beyond the YMCA, as Williams is an active participant in Y programs and additionally serves on several local boards, Chair of the Colorado CEO Network as well as serving on several initiatives with YUSA including Vice Chair of the Mid Major CEO Group.

Williams lives in Colorado Springs with his wife, Rhonda. Together they have three children; Austin (21), Hunter (20) and Alexis (16).